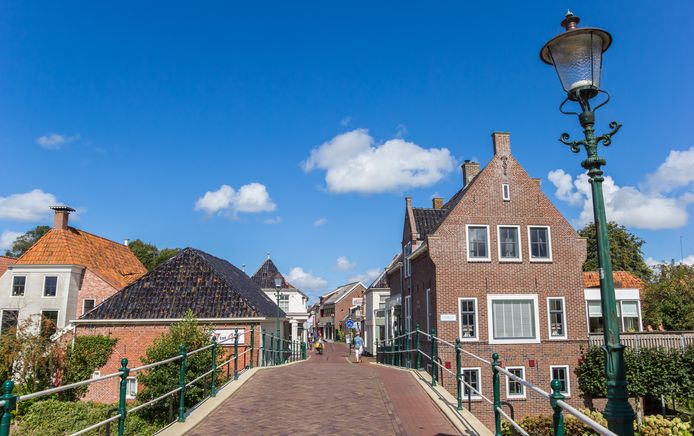 Giethoorn, Valkenburg, Orvelte. In addition to these resounding names from the travel guides, the Netherlands also has other villages and towns that are exceptionally beautiful and tell their own story. We visited ten of them which are worth the drive.

1. Mound from the booklet, Hogebeintum
It is an imposing sight: the mound of the Frisian Hogebeintum that rises from the flat land. As the highest mound, Hogebeintum is not an undiscovered gem, but many visitors come no further than to admire briefly and quickly. Nevertheless, it is valuable to take the time and ‘feel’ the place, as it is so beautifully called. Stroll around the high church, look out over the surrounding meadows and feel the salty wind blowing from the nearby Wadden Sea. And go into the church, even if you’re not so into the houses of worship. Thanks to the light through the relatively small windows and the historical details, it exudes a unique atmosphere. For example, at the back of the church there is a men’s bench with a roof. Here sat the nobility overlooking the people and the minister appointed by them. Furthermore, there are traces of Catholic frescoes and the walls are full of funeral signs. After the demise of the nobility in the 19th century, they disappeared almost everywhere, but Hogebeintum still has sixteen.

2. Officially the most beautiful, Winsum
If the people have spoken, we can’t get around it. Last year, The Groningen Winsum was named the most beautiful village in the Netherlands at an election of the ANWB. Some 30,000 people chose Winsum on the basis of authenticity and ‘living’ village atmosphere. Wandering the streets you can feel how it fits together perfectly: the atmospheric main street, the mills, the churches and the stylish buildings. The election has not yet led to the dreaded overtourism of Giethoorn, but the influx was so large that the number of parking spaces and toilets was inadequate. Also, the guides could hardly handle the demand. Still hoping that it will freeze so hard that skating can be done on the Winsumerdiep that flows right through the village.

3. Blues and bread, Grolloo
Drenthe has several beautiful brink villages and maybe Grolloo isn’t even the most beautiful. But it does have the most extraordinary recent history. In this serene environment – farms with thatched roofs, lots of greenery, handful of cafes – not so long ago the ultimate musician’s life was lived with drink, drugs, women and a lot of creative inspiration. In the 1960s and 1970s, Grolloo was home to Harry Muskee with his Cuby and the Blizzards. The C+B Museum is now housed in the farm where it all took place. It’s one big tribute to Cuby and the blues music. From the gold plate for Greetings from Grolloo to harry muskee’s jackets and hats. Herman Brood also visited regularly. After his time at The Moans, he was a pianist with Cuby until he was expelled from the band due to excessive drug use.

4. Artists’ Village, Ootmarsum
There was a small art circle in a teahouse. But Ootmarsum only really became of art with the rise of Ton Schulten. When the ex-advertising man made a name for its name as a painter in Europe and beyond, other artists also managed to find the place in Twente. As a result, it has undergone a total metamorphosis. Where Ootmarsum used to be a simple rural village with some shops and monuments, you can now go there for top galleries, international exhibitions, special shops and a wide range of cafes and restaurants. Art, especially Schulten’s, is often linked to Twente. 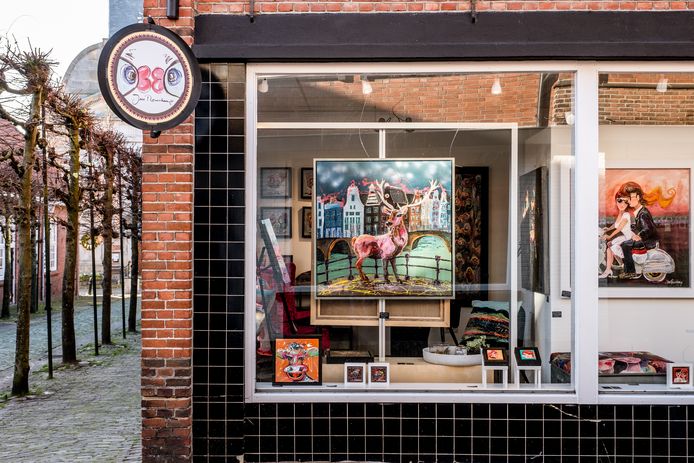 5. The Wrong Mill, District at The Most Expensive
Wijk at Duurstede is one of the most underrated places in the Netherlands. Rarely do you see it in a top 10. Probably because it doesn’t excel on one site, but rather offers a combination of all kinds of fun: atmospheric centre, cool castle, beautiful quay and memories of the New Dutch Waterline. It is best known mainly thanks to a painting that hangs in the Rijksmuseum in Amsterdam: The Mill at Wijk at Duurstede by Jacob Isaacksz. by Ruisdael. Visitors come to this place especially for that mill and photograph the top porter that is built on a gate in the enclosure. Unfortunately, that is a mistake. Because as beautiful as it is, it is not van Ruisdael’s mill. It was a little further away and was demolished around 1810. Only the foundations are still there. 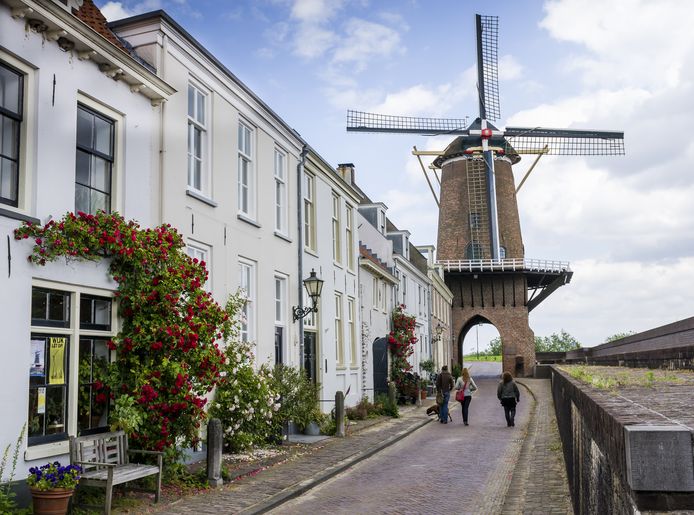 6. Contemporary Burgundy, Oisterwijk
In Oisterwijk – speaking from Oosterwijk – the largest leather factory in Europe stood for many years. Good for processing 25,000 skins per week. The former complex of the Royal Allied Leather (KVL) has been renovated and redecorated in recent years. The sturdy buildings are home to about 60 companies and there is still room for more. In the KVL learning factory, as it is now called, you will find a hip restaurant, a brewery, a coffee roaster and the bakery of Robèrt – Heel Holland Bakt – van Beckhoven. If you want to supplement the Brabant cosiness of today with a classic, you will walk to the city centre for a visit to the beautiful Lind, an elongated square with slates, church, historic buildings and for later, if the weather is possible: the cosiest cafés and terraces. Write down before after the lockdown.

7. Limburg half-timbered, Mechelen
It’s best to go on foot to the south-Limburg region of Mechelen. That is, you park your car in Epen and then you follow the winding Geul to the north. It is the combination of the beautiful Geuldal and the beautiful village core that makes Mechelen so special and takes me to a higher level. The most important factor is the building style of the houses and large farmsteads: half-timbered. The basis of this architecture is a framework of oak, olmen or ash wood, which is traditionally filled with a mixture of manure and clay (nowadays brick). Also characteristic is the combination of black beams and white walls. 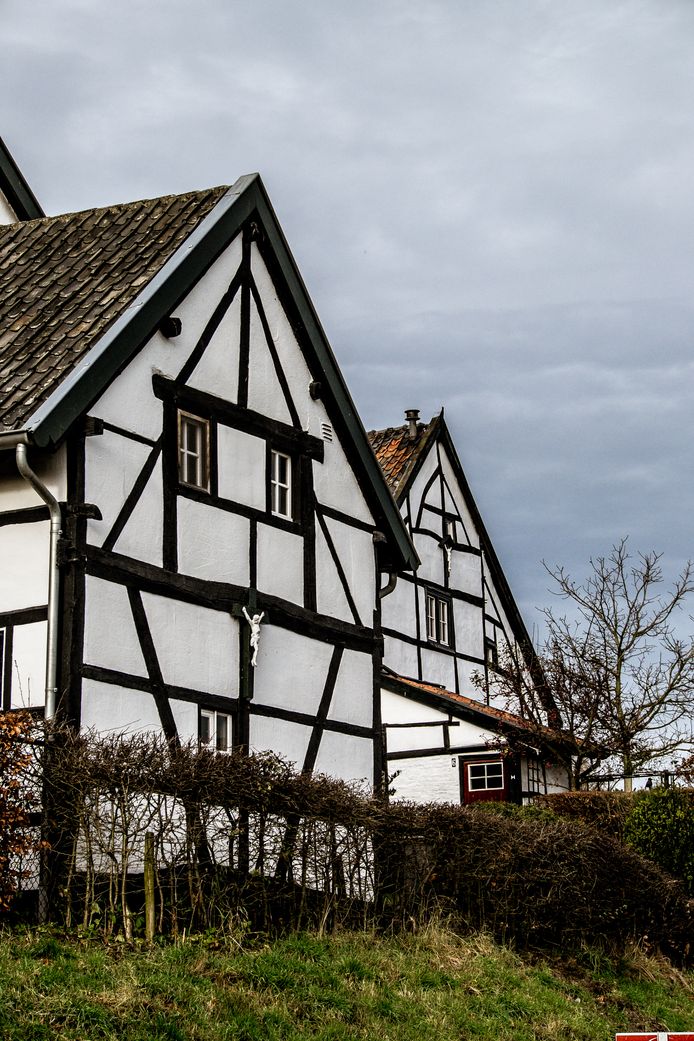 8. Monumental small, Saint Anna ter Muiden
The Market Square of Sint Anna ter Muiden is listed as a whole. Everyone who goes to see it, immediately understands why. Everything fits in with the harmonious 17th-century atmosphere: the houses, the square church tower, the old town hall, the village pump and the road surface of grey cobblestones. With only fifty inhabitants, there is hardly any talk of a lively village life. You could critically call it an open-air museum, but one of the most beautiful in our country. Officially Mude, as the town in Zeeuws-Vlaanderen used to be called, is a city. Thanks to city rights that it got as early as the 13th century. It is hard to imagine that this quiet place ever belonged to the Hanseatic of London, a trade union between England and then rich Flanders. If you visit Saint Anna ter Muiden, make a detour to the fortress village of Retranchement.

9. The Leaning Tower, Acquoy
The best time to visit Acquoy is during the spring, when the fruit trees of the Betuwe are in bloom. And you prefer to do that with a small boat. Then from the Linge you will sail right through a world of white blossom into the charming village. The historic centre is little more than a handful of houses around the church and a row on the Lingedijk, but they do provide an image of the outer category ‘beautiful’. In the lovely décor, one building falls out of tune: the tower of the reformed church. This one is robust rather than small and fine. Moreover, it is skewed, probably due to a storm in the 17th century. But the biggest surprise is yet to come. In the cemetery at the foot of the leaning tower is a scything: ‘Cornelia Pisa, 2 Sept. 1877 – 1 Jan 1941.’ 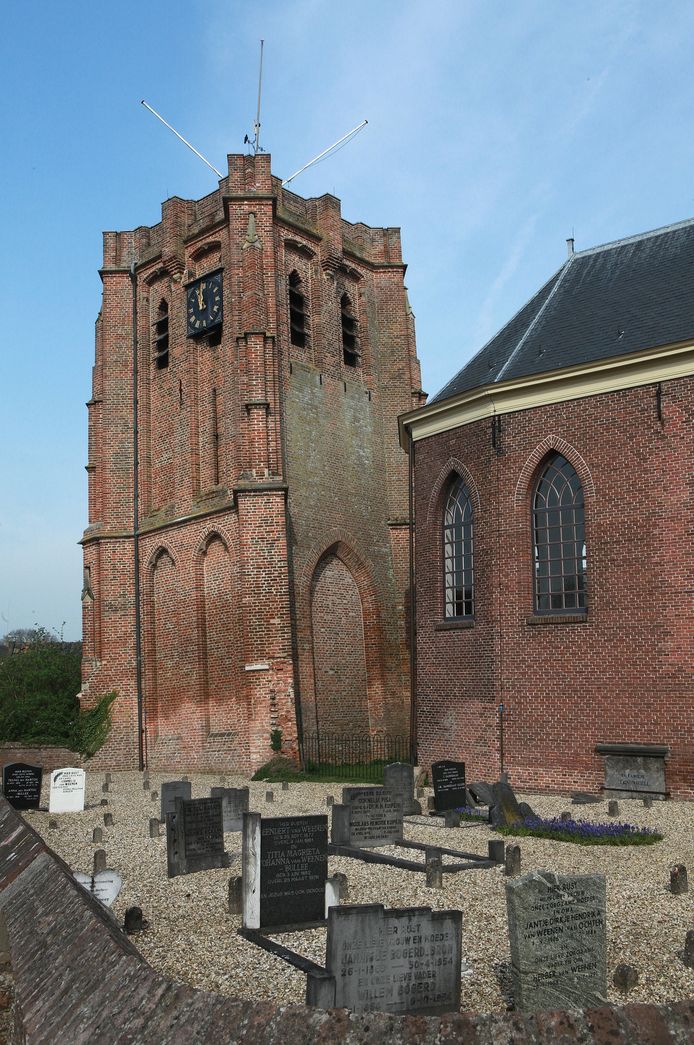 10. Grab Yon on a pedestal, The Ripe
A walk through the North-Dutch town of De Rijp always puts you on the wrong foot. One minute you see a cute village with painted wooden houses, the next the place is more reminiscent of a Dutch town from the Golden Age. And that’s true both. The small village that lazes in modern times used to be a bustling centre of trade, herring and whaling. The acquired wealth can be seen in stately façades and a large church. The famous engineer Leeghwater, who drew for several reclamations, was born in De Rijp. Another famous resident is Pak Yon, or Jan Janszn. Weltevree, who was shipwrecked in Korea in the 17th century. There they had strict rules. Those who entered the country uninvited were put to death and those who ended up there by accident were never allowed to leave. The latter happened to Jan, who embraced his fate, married a Korean and made him an adviser to the Korean king. In his home village De Rijp there is a statue of him at the church.